Playing their Part: Vice Regal Consorts of New South Wales 1788-2019­ examines the lives of the women (and one man) who were the wives, daughters, sisters (and husband) of the governors of New South Wales over the past two-hundred and thirty years. In 2020 the RAHS published the stories of the thirty-eight consorts. Their lives were researched and written by twenty-two dedicated volunteer authors whose commitment, and that of the three volunteer editors (Joy Hughes, Carol Liston AO and Christine Wright), has resulted in a publication that adds to the understanding of the consorts’ service and survival. Thank you to all our contributors who willingly gave their time to research and write the biographical entries. View the contents page and read the President’s message.

Learn more about the book using the drop down menu below The consort is the companion to the governor, a position usually filled by the governor's wife (or more recently the governor's husband), daughter or sister. This is not an official role and it comes with no job description, nor salary. Young or old, with or without children, noble or commoner, all consorts found themselves supporting spouse and family, sovereign, empire or nation.

A 'Her-Story' Rather Than A 'His-Story' 'The Governor's Wife' rose, commissioned by Linda Hurley, bred by Richard & Ruth Walsh and planted in 2017.

“In October 2014, on my arrival at Government House, I found that there was not a training course or manual for the role of governor’s wife, or consort: neither was there any training protocol. It was a steep learning curve as I tried to understand the role.”

So began Her Excellency Mrs Linda Hurley’s historical enquiry into the lives and careers of the women who came before her. However, her search turned up very little. Except for the first vice-regal wives to accompany their husbands to the Antipodes, little was known of the women (and one man) who held the role of vice-regal consort in New South Wales.

She resolved “to uncover their stories, and if possible, publish a ‘her-story’ rather than a ‘his-story’ of the women (and one man) who worked behind the scenes of the governors”.

A companion oral history project supported the research into the lives of surviving vice-regal consorts, their families, and their staff. These interviews were commissioned by the State Library of NSW and can be transcribed online on their digital transcriptions platform, Amplify.

Professional historian Roslyn Burge conducted these interviews, which provided important information about what living at Government House was like, how each consort managed their public role, and what they contributed to public life in NSW.

The foundation stone of the first Government House was laid on 15 May 1788; the house was demolished in 1846. During that half century, with various enlargements and extensions, it became home to successive governors and their wives. It did duty in a number of roles: as an official residence, as the governor's office, and as a private, family home.

Arthur Phillip, first governor of New South Wales 1788-1792, married twice. As an aspiring naval lieutenant of 24 he married Charlotte Denison née Tibbott, a wealthy widow of 42. Thirty-one years later, at 55, he married Isabella Whitehead, a wealthy single woman of 43.  Neither of these women ever came to NSW, but their stories are intertwined with that of the colony’s first Governor and shed light on his enigmatic character. Phillip, the ambitious son of a German immigrant and an ordinary Londoner, chose to marry two ‘women of fortune’ who remained childless.  Their wealth, manorial estates, social position and connections helped make his career a success.

In Australian historical surveys the life and work of Sir Charles FitzRoy, the tenth governor of NSW, occupies the best part of a column. If there is an entry for his wife, it merely notes ‘FitzRoy, Lady Mary, death of’. Yet the ‘lamentable’ death of Lady Mary is constantly brought to the historian’s attention because it is mentioned so often by contemporary diarists and journalists. This article contends that what made Lady Mary’s death significant and continues to intrigue today is the light it sheds on the changing constructs of masculinity and femininity in the middle of the nineteenth century.

Lady Enid de Chair was the popular and active vice-regal wife of the twenty-fifth governor of NSW, Admiral Sir Dudley Rawson Stratford de Chair. Enid’s support of early Australian modernist artists in Sydney and her indefatigable support of women’s clubs and organisations, make her a very interesting subject in her own right. She amassed a significant Australian art collection, some of which has returned to Australia in auction sales. An energetic, enthusiastic and adventurous woman – born in South Africa, educated in England, started her married life in America – she travelled widely with a young family. During their vice-regal tenure, both de Chair women – mother Enid and daughter Elaine – were acknowledged as having played important roles as active, modern, forthright women. 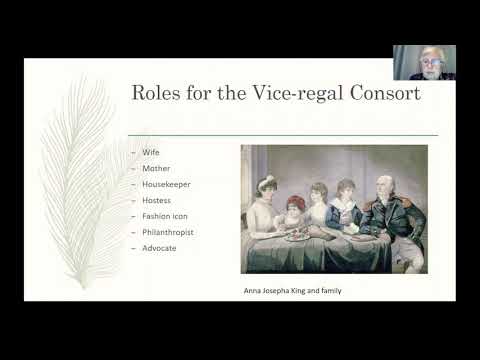 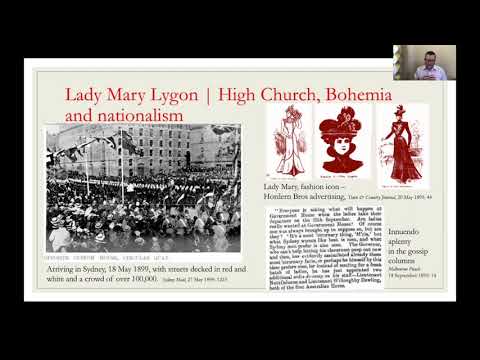 Scandals in Government House - or were they? Stories of Lady Loftus & Lady Lygon 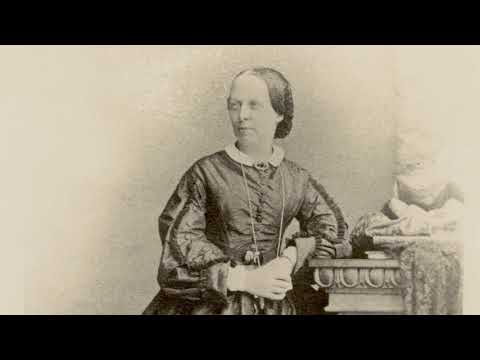 Mid-Century Consorts and the Changing of the Guard: Lady Denison & Lady Wakehurst ‘A portable canvas house, brought over for the governor, was erected on the East side of the cove …’ – David Collins, Feb. 1788