Australian stories flow with cricket. Perhaps none more so than Donald Bradman, whose bronze statues, street names and ubiquitous average of 99.94 are full throated in their praise.  This edition of Outside Off is not. In keeping with past editions, we seek to illustrate Australian society through cricket afforded by cricket’s unique moral dimensions. One of the most complex moral dimensions of cricket and one mirrored in today’s is faith. Faith in Bradman’s heyday of the 1930s almost exclusively meant Christian, as Australia of this time was exclusive and culturally homogenous[1]. The question then and instructive for us now was, Catholic or Protestant?

Muscular Christianity is exactly how it sounds. Physical weakness was spiritual weakness and the only cure was the Gospel, self-discipline and exercise[2]. Cricket and Christianity were flexed with preening energy throughout cricket’s development and well into the 20th century. Writing in the late Victorian era, the Revered Edward Cacroft Lefroy provided a unique snapshot into this cultural phenomenon;

The whole edifice of Christian virtues could be raised on a basis of good cricket.”

What does this mean?
Firstly, ‘good cricket’ means deference. Either to the Umpire and the Laws or to God and his Commandments, a practice of both makes them synonymous. What is not said however that it is specifically the God at the head of the Church of England in need of obeying, for Eric Midwinter so succinctly put;“If the Church of England was the Conservative Party at prayer, then cricket was the Conservative Party at play.”[3] The ubiquity by which elites of religion, government and cricket operated in both England and in Australia is difficult to overstate. Large numbers of the MCC were amateur cricketers and members, one in three Oxbridge cricketers between 1860 and 1900 took holy orders, 59 of these played county cricket and seven became bishops[4]. Whilst Australian cricket had diverged around class and a very limited degree race, it still bore many similarities to the top-heavy administration seen in the ‘Mother Country’. Cricket wasn’t Catholic.

“Ultimately, leadership is associated with authority, and the exercise of power, or the structures of power that enable such authority to exist[5].”- Jon Gemmell in Cricket’s Changing Ethos

“Don’t you worry about Don Bradman alright? Don Bradman doesn’t like people like us[6]”. Actor William McInnes, quoting his father, 2020 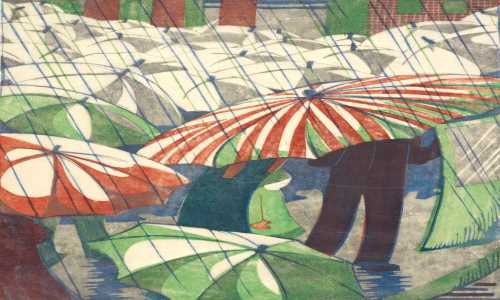 Despite social instability, war trauma and economic depression there was one thing the Australian public could always rely on. Bradman scoring runs. Apart from the forever controversial Bodyline series of 1932-1933, Bradman was still a run machine whose score of 452 not out for NSW in 1930 was the highest first-class score ever. Behind the understandable adulation of a public starved of hope, Bradman cut a lonely figure who did not socialise or drink with his teammates[7]. Even his iconic golf ball, stump and water tank Trinity is fundamentally an act of repetition without mentorship or community. This intense reservation got worse after retirement, creating something which biographer Christine Wallace called a ‘Japanese Emperor Effect’. Whereby the more reclusive he was, the bigger the interest grew and created the blank slate by which to project glory or to righteously condemn[8]. Wallace notes the principle charge among these was that he was anti-Catholic. Evidencing that throughout a personal correspondence with Rohan Rivett (friend and fellow Mason) which spanned decades, Bradman never hinted at any religious bigotry or otherwise[9].
This may be so. I contend that Bradman would never be as careless to put anything of the sort in writing and counter with the fact that Bradman did voice his bigotry toward Catholicism in the form of Jack Fingleton. Fingleton before opening the batting at the SCG, had his bat blessed with holy water by a Catholic priest. He was dismissed early. “We’ll see what a dry bat will do out here” [10].- Donald Bradman to Jack Fingleton after Fingleton’s dismissal. Bradman scored a century.

This quip may seem innocuous to the ‘banter’ excesses of recent years but in context of the social structure of cricket and the 1930s such a remark becomes far more serious. Furthermore, Bill O’Reilly strongly contended that he, Fingleton and other Catholic players their careers hampered and threatened throughout first-class cricket[11].
So, who is right?
Ultimately, we look to leadership and that the power structures that allow it to exist. For Bradman as player, selector and administrator he led and prospered. It is therefore no coincidence that greatest split between Catholic and Protestant was not between players but between players and administrators, creating an exclusive cultural elite. For this elite, simple sectarianism would not be enough but rather membership of the Masonic Lodge would fully assure a place at the table[12].Though at the top, protected and untouchable, Bradman was alone. Despite his endless branding as both cultural and literal commodity, he was not the hero of the Australian story. Just who really is the hero of the Australian story? What do they believe?
Throughout our cultural development as a centralised polity it’s clear that there are some versions more valued than others. The over saturated Aussie Larrikin, the white male between 21-35 attributable to but not limited to disrespect of authority, anti-intellectualism and misogyny. The semi-autobiographical My Brother Jack by George Johnston gives this archetype real depth and a quiet power to illustrate Melbourne suburbia of the 1930s through a fascinating duality. This duality of identity is relevant because throughout social upheaval, the chauvinist narrative of faith breaks. Put simply, people are complicated. So, whilst a carefree Jack is jealously admired by his younger brother, the narrator David, he actively rebels against his Protestant father by having a Catholic girlfriend.

“Are you out of your wits? We’re Protestants in this house. Protestants, do you understand! This is a decent Godfearing house. And I want no confounded Roman Catholics under this roof whether they’re sick or they’re not sick!”[13]. Most of the stereotypes of this novel are treated uncritically, including Jack himself[14]. Yet, in its brutal honesty of family life during the 1930s, Johnston’s Jack rather accidentally serves to demythologise his own trope by acting against a power imbalance which directly benefitted him. This is the duality, that Jack is every bit the trope but for this moment reacts as a human being. This simple want for companionship or love may illustrate a pattern that links in Bradman. His aloofness is instructive by comparing how his some of his teammates from both faiths trained in community, from Lindwall to Harvey[15]. Without falling into the pitfalls of unqualified Bradman psychoanalysis as rightly cautioned by Wallace, we can still make the following conclusions. The first, that sectarianism in cricket was reinforced from top-down and Bradman by his leadership position endorsed these views. The second, that reinforcing a social hierarchy based on oppression is dehumanising both in its enforcement and its victims.

A central theme about Outside Off is uncertainty. It’s in the name. The line of a ball that is just beyond off stump which being played at could result in dismissal for the batter or a cracking boundary. The uncertainty here is about stereotypes, in religion, our national figures and national stories. Basic logic is that to have uncertainty there must be certainty- there must be a line of off to bowl to. One conclusion from David Utting’s review of Australia’s Annual Report of 2017 is that there is a long way to go before that line of equity in race, religion and gender is met.

[12]Fraser, David. Cricket and the Law; the Man in White is Always Right. London; Routledge, 2005